So, Bjornar, what is the spirit within the ranks of the band at this moment in time? Any interesting news coming up in the near future?

Hey mister. All good here at the time. We are currently working out the remainder of gigs for 2014 and have just started working on material for the next VI full length album.

You've been rocking out since 2003 - how have things changed for Vulture Industries over that time?

Well, for some of us a lot of hair have emigrated from the top of our heads to settle on our chins. We have also grown a bit older, and three of us have become fathers. Meanwhile the band has grown in size, so we now have the band on one side and family life and dayjobs on the other side; Both sides pulling like mad dogs. This can be troublesome, but on the bright side, the guys get really long arms.

„Branches“ tour with Dordeduh and Blutmond. Its quite unusual to see European tour dates that covers only a few countries, outruning most of the well known metal venues. Why is it going to be so small tour for such a big album?

We already covered parts of Europe touring with Leprous in September when „The Tower“ was released. Combining touring with families and day jobs involves some compromises, so it is difficult for us to cover all the parts we‘d like at once. Considering that we still a pretty obscure band, we can’t play wherever we want whenever we want, so it also comes down to where we have enough interested promoters to make out a sensible tour routing.

The last Vulture Industries release so far is the magnificent „The Tower“. Lots of possitive reviews, „Best...“ nominations etc. This is quite a big surprise for the audience and not so very often seen happy time for the band, that plays avantgarde stuff. You must be more than satisfied with the result, right? What were the highlights for you?

We are all very happy with the result. We made the best album we could and now, in some months retrospect of the release, the sense of accomplishment remains. Both new and old fans seem to appreciate it very much and the reviews have been better than ever. We are also doing quite more interviews than on the first two albums which I guess is both a consequence of the great reception and being on a larger record label.

For me the personal highlight of the process were two. The first was getting the final cover art from Costin Chioreanu. I knew that he had grasped the concept very well, and I knew it would be good. Still…. I didn’t expect it to be that fantastic. I was awestruck!

The second was when we got feedback from one of my idols, Mr. Doctor of Devil Doll, after sending him the album. His words were full of encouragement, and it was a great honour for me to know that he had heard an appreciated my music and that he enjoyed the interpretation we had done of his music in the bonus track “Blood don’t Eliogabalus”.

What makes this album so acceptable? Was there just a great and inspiring creation process or we could say that people are getting ready for such a complex, conceptual music that brings much more fresh ideas than typical albums based in one or two stylistic templates?

What separates us from a lot of the other bands termed as avant-garde or experimental/progressive, is that we don‘t focus on making strange music nor try to max out the contrast on every opportunity. Rather we focus on making good tunes while maintaining an open and experimental mindset. We often let our multitude of influences and eccentricities shine through, but this is not a goal in itself.

What kind of album is it in Vulture Industries point of view? What is it about?

“The Tower” is by far our best album to date in my opinion, and it represents who we were at the time we made and recorded it. Personally I think that with “The Tower” we have approached a style that is profoundly Vulture Industries, and discovered what the musical self of the band is.

The album is centred on the topic of “The Tower” as a metaphorical construction that represents the society we live in and the world we create around ourselves. It might look crooked and bent from the outside, but as you are drawn into it and become part of it all the imperfections and absurdities become logical and infallible. The higher you are drawn up into the tower, the more you lose sight of the ground and the harder the fall. In part it is also a reference to the symbolism of a tower being a harbinger of destruction, the prison (the tower of London), and the tower of babbles trying to reach the heavens. We all partake in building it, but the central architect is a shrouded entity.

„The Tower“ was released by respectable and well know Season of mist records. How is it going with them?

Our relationship with Season Of Mist is good. We knew some of the people there from before, and with them being fans of the band and us being fans of the label, it was natural to talk to them when we were looking around. So far we are very happy with the collaboration and feel we have both the artistic freedom we need and the necessary machinery to make our work public.

Could you enlighten our readers upon the artistically concept of Vulture Industries? What are the ideas and feelings that you put in it?

It was born out of a creative urge. Since the start we have been very particular to make all parts of the band interlace. Thus the lyrics complement the music which complements the live shows which again complement the atmosphere, so everything is interconnected. Even though the main goal has always been egoistically aimed at fulfilling a creative urge, there is also the want to convey something profound to the listeners. Something that really means something to ourselves. Something that can make a difference, and hopefully make the life just a tiny bit more bearable for some of our fans.

There‘s not su much actual black metal soundings in the „The Tower“ like it was in the debut „The Dystopia Journals“, but still it is full of madness and darkness. How close to black metal would you say you are? Or should we speak about how deep you are in experimenting and exploring new grounds?

I never really saw us as part of any particular scene. We were always the strange kid on the side that don‘t really fit in. Nor did we ever really want to fit in. I personally detest group mentality, and try to keep away from it as much as possible. How close we are to black metal depends on how you view it. If you see BM as a formalized genre with set norms for its expression, then we are far away. However, if you see the true core of BM to be an expression of individual thought and personal freedom, then we are in the neighbourhood.

How has the band's sound evolved/progressed/changed from first recordings?

As years passed we became slightly different people and our music changed with us. Along the way I think we grew more confident and independent, and discovered something that is the profound expression of our musical selves.

How important for you is the message in the music, the words behind the notes? Its obvious, that Vulture Industries doesn‘t belong for those bands, that really cares only about playing ephemeral four chords metal and shouting whatever.

Everything is connected, so all the parts of the expression must be taken seriously if the entity is to become a fully functioning creature. Combining serious music with meaningless words would in our case feel like an insult to the work itself and to the listener. It would become rubbish disguised as art.

The show at „Kilkim Zaibu” festival will be the first Vulture Industries acquaintance with our country, audience. Until you've been invited to play, have you ever heard anything about this long lived festival? What‘s your point of view in such (conceptual)  event, especially at the context of nowadays situation and attitudes?

We have actually had a bit to do with Lithania before, as we recently did a collaboration with a performing arts group for a stage piece called „Turning Golem“. When developing this performance I stayed in Vilnius for two weeks working on the piece at Arts Printing House together with the group of performers. I really enjoyed the city and the country, and I‘m very much looking forward to going back.

When it comes to the festival, we have heard that it is a nice and friendly festival. The organization also seems to be very helpful and nice, so we are looking forward to the event. Of the Baltic states we only played in Estonia so far. The show there was one of the most memorable on our European tour last year, so we have high hopes for Kilkim Zaibu.

In our modern consumerist society, dominated by mass produced entertainment and alienation between people, I think it is important to have events like this to bring people together outside of commercial channels. It is both healthy for the mind and being to get away from the constant bombardment of mass media, and it is healthy for the soul to be with others in a physical sense.

How important do you consider live shows to be for the band? I mean, it might be difficult to have the contact with people at the big festivals while club shows makes it much more intimate, so its two different things. How do you see it from your side?

The live show is an integral part of our expression. It is also one of the parts of being a musician that we enjoy the most. We love getting out on the road and meet our audience and make magic together with them. While the album is a monologue, the live show is a dialogue between the artist and the audience. With the club show leaving room for very intimate dialogue, the bigger festival shows needs a different and approach, painting in broader lines, you might say. We enjoy both as they offer different challenges and possibilities.

Which do you think is a more accurate portrayal of Vulture Industries, a live show or a recorded album?

Both are pretty accurate and similar portrayals, but the live show is slightly more honest and spontaneous, while the recorded album probably says a bit more about who we would like to be.

It must be immensly satisfying to create something that people have no clue how to define - at the same time are you worried that the lack of an easily classifiable label for Vulture Industries may turn off more people than it may attract?

I have never seen it as my concern to classify our music. I leave that particular problem to the critics. The lack of easy labelling has resulted in a lot of strange descriptions that I often find amusing. On one hand I acknowledge that this might hamper the marketing effort, but making music within a set descriptive frame seems to be the wrong way around on my behalf. I’d rather have the music described after I made it.

For what kind of audience you dedicate your music?

You aren’t from those who plays every weekend and in open air festivals so I guess such rare live performances is more or less special not even for public, but for the band as well. What can be expected from Vulture Industries show at „Kilkim Zaibu”? What do you expect?

Truly grateful for your time and thoughts. Take care! 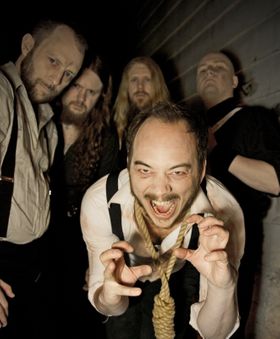 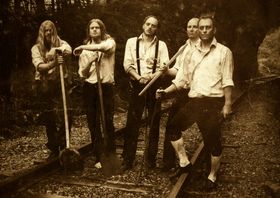 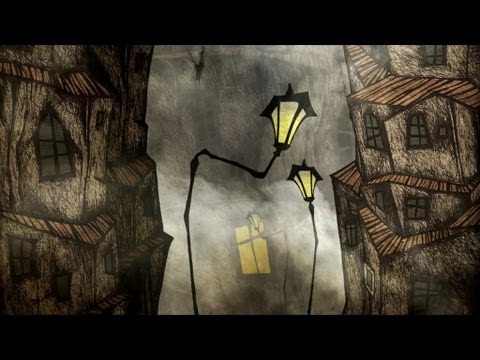